We were approached by CitizenM in 2017 to install, terminate and commission a Category 6 cabling network to support the new access control system at their hotel in Glasgow. We were already known to the group maintenance manager for CitizenM, with whom we had worked previously when he was with another large hotel chain. The project was led by one of our senior engineers and was a complete success, so much so that it is likely that the customer will stipulate the same engineer for any future projects, mostly because of the reputation he earned in Glasgow for what became commonly referred to as his “golden” touch! The schematic below illustrates our design input for this project: 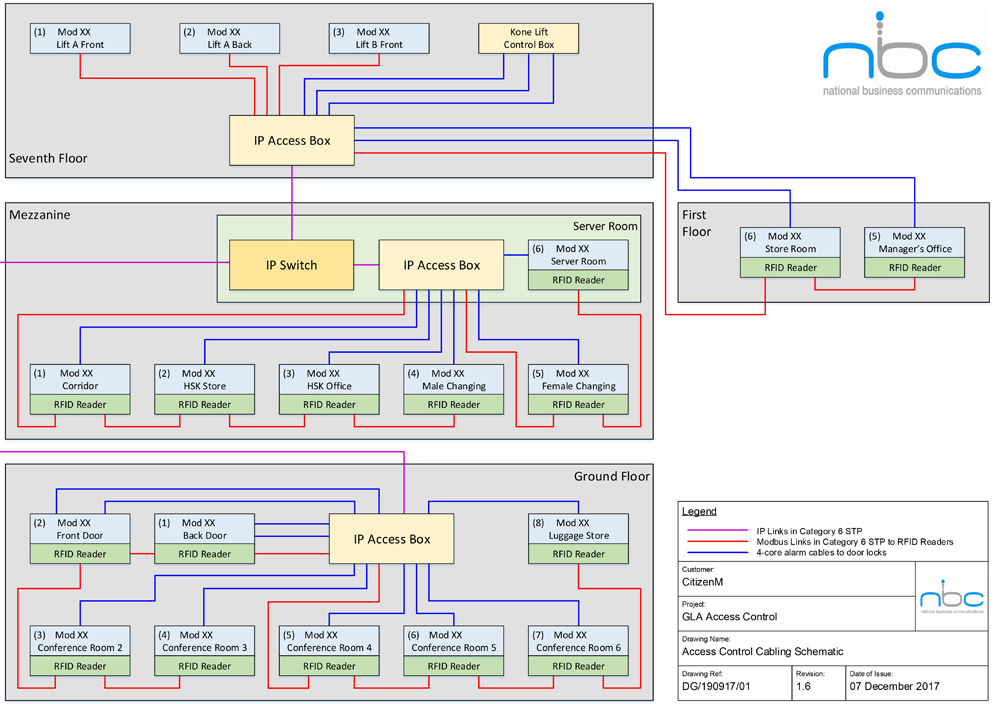 Since our initial involvement with CitizenM, we have undertaken CCTV installations at two of their London hotels, with further projects being discussed for the future.